Today we have some good news to announce: We no longer need Redis to run RubyGems.org and we are removing the Nginx SPOF (single point of failure). We have a brand new download stats system in place and we have shut down our Redis instances.

Not at all, if used correctly! A lot of companies use Redis and there are many valid use cases for it. One of the main use cases for Redis is to use it as a queue for background jobs. We use PostgreSQL and DelayedJob for our background jobs instead, so we don’t need Redis for that. Our problems came from the way we were using it and how much data we were storing. We were storing all the data in a permanent, never expiring fashion with quite a bit of storage and memory growth. The main problem we encountered with Redis was the memory required to load the data into a running instance. This was resource intensive and time intensive. If an instance would go down for any reason it would take many minutes to become usable again as it re-loaded everything into memory. We had some Redis failures that took us about 45 minutes to bring it back up. This is not usually a problem when you don’t have a lot of data in Redis (like the background job case). 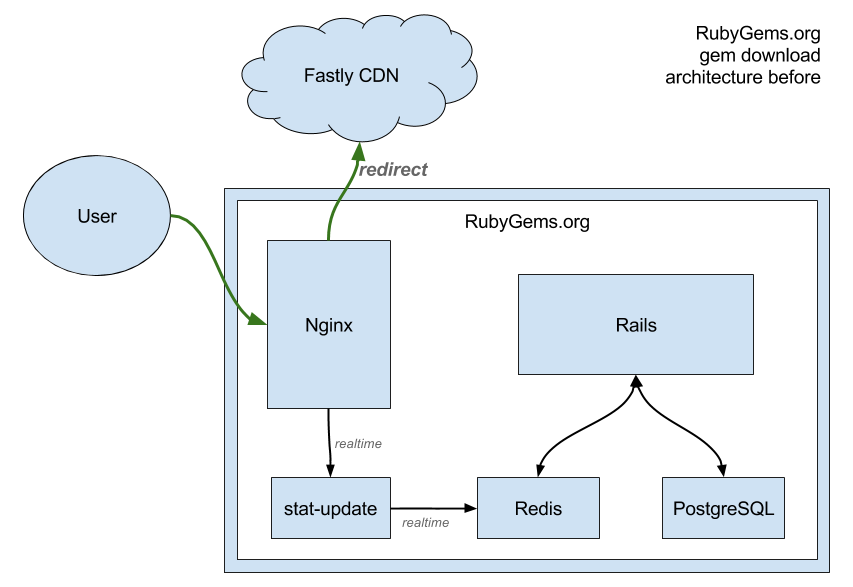 We mainly were using Redis for the gem download counts. The architecture for many years was this:

As you can imagine, RubyGems.org receives a lot of download requests. We wanted to serve downloads directly from our CDN but we needed the requests to hit Nginx first to track the downloads. Also, if any part of this architecture was down we would permanently lose download counts.

What are we using now 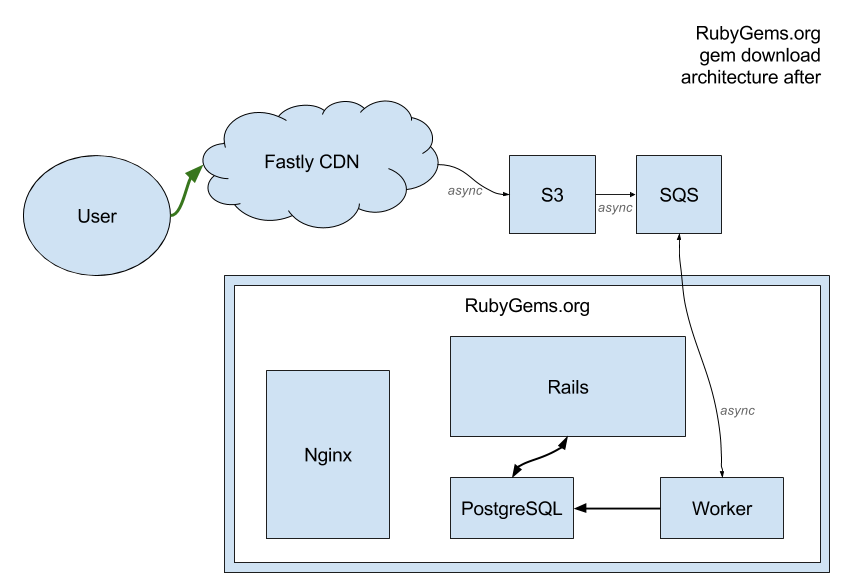 We can now serve all gem downloads directly from Fastly, our CDN provider. Here’s what our new architecture looks like:

Drawbacks of the new architecture

Wins on the new architecture

At the time this was written we are still serving gems via Nginx and a redirect to Fastly. This will be changed in the near future as we complete the full transition to Fastly. Expect another blog post explaining this transition too.